Michael A. Ossi graduated from Stetson College of Law in 1984, where he was an editor of the Law Review. He began practicing in 1985 and is the founding partner of Ossi & Najem PA. His current firm focus is on the representation of victims of negligence. He is “Of Counsel” to Florin|Roebig, P.A., and represents clients throughout the nation.

Mike resolved thousands of automobile negligence cases as well as closing in excess of $250 million in contested entertainment matters for clients.

In 1986, Mike was retained to represent a large group nationwide who were poisoned due to a contaminated batch of L-Tryptophan and was successful in resolving cases against the Japanese manufacturer. He has also represented clients in many different countries including a wrongful death trial in the Bahamas.

In 2008, Mike was selected by his peers for inclusion in Florida Legal Elite (2% of Florida lawyers). That same year while representing John Travolta, Martindale Hubble ranked him number 1 out of 893,553 lawyers in America for two straight months in lawyer visibility.

In 2012, Mike was appointed by Florida Gov. Rick Scott as vice-chairman of the Florida Film & Entertainment Advisory Council. In 2014, Mike was selected by The National Trial Lawyers Association as one of the top 100 Trial Lawyers in the State of Florida.

As a result of his accomplishments, Mike was selected by his peers for inclusion in Best Lawyers in America and Super Lawyers (5% of lawyers). He also holds an “AV” rating in Martindale-Hubbell and is in the Bar Registry of Preeminent Lawyers. Mike has also been selected for inclusion in the “Multi-Million Dollar Advocates Forum” for successful resolution of client matters in the millions of dollars (less than 1% of lawyers).

“Whether our client is an accident victim or a top celebrity, our philosophy is the same”, says Michael Ossi. “We are completely dedicated to our clients’ needs.” 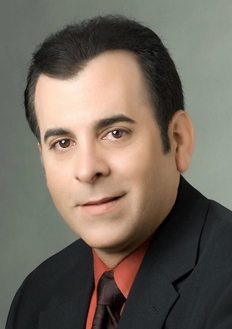